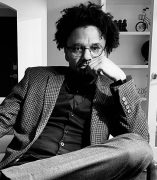 Mosi Adesina Ifatunji is an Assistant Professor in the Department of Afro American Studies and the Department of Sociology at the University of Wisconsin at Madison. His primary research interests are in racial and ethnic theory and the methodologies used to study inequality and stratification. He is particularly interested in theorizing how non-phenomic characteristics contribute to racial classification and stratification. While most theories of race are based on assigning racialized meanings to people and populations according to perceived differences in skin color, hair texture and/or bone structure, he argues that racial classification often turns on non-phenomic characteristics, including language, religion, and geography. His research draws on mostly quantitative methods, including large-scale surveys, linked administrative data, social experiments, advanced statistics, and historiography.

He has received awards from and been supported by the American Sociological Association, the National Institutes of Health and the Program for Research on Black Americans. His work has been published in Sociological Forum, Sociological Perspectives, Ethnic and Racial Studies, Sociology of Race and Ethnicity and the Du Bois Review.